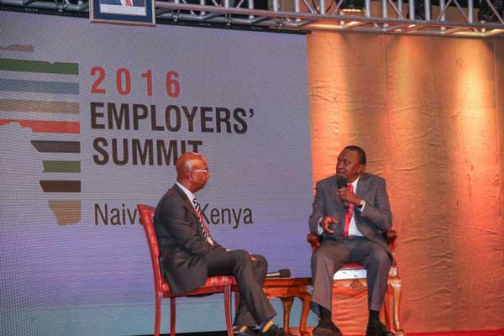 Posted by Cynthia In Blog

According to the Standard Digital, there are hundreds of thousands of young graduates who wake up every day, arm themselves with an academic certificate and faint hope that things will be different.

After spending hundreds of shillings in a cyber café sending their resumes to different employers and keeping an eye on their email for, at least, a word of rejection from the many other previous employers, they have gone back downcast. There has been neither job nor word from the employers.According to a report by the Kenya Institute for Public Policy Research and Analysis (Kippra), about three in 10 Kenyans aged 15 to 64 are unemployed. 80 per cent of these are youths aged 35 years and below.But now, a new report by Finnish based recruitment firm, Fuzu, gives insight into why many of job-seekers continue to ‘tarmac,’ as unemployment is known in street parlance. Unemployment remains a top political agenda and this explains why Kenya was host to the first African Employers’ Summit.

The summit held recently In Naivasha and presided by President Uhuru Kenyatta, the Government was asked to support businesses, nurture talent, generate and sustain decent jobs if it wants to address the challenge of unemployment.High Level participants that included top executives and resource persons from the International Labour Organisation, International Organisation of Employers, Business Africa, World Bank, McKinsey & Company as well as key representatives of the private sector and policy leaders from the Government of Kenya.By integrating the findings of the report Kenyan Job Market 2015-2016: Insights from Fuzu Job seeker and Employment Data with those of the Ministry of Labour’s 2010/2011 National Manpower Survey, Business Beat discovered interesting findings of the country’s job market and explains why there is a huge number of unemployed youths.At the heart of the two report findings is a gulf in expectations between the job-seekers and employers which has bred the current state of affairs. In other words, it boils down to Federation of Kenya Employers’ sing-song: Skills mismatch, but in the end it, usually boils down to five key areas that explains when one is unable to get employed.